Hog History: The evolution of the Razorbacks logo through the years

FAYETTEVILLE, Ark. (KNWA/KFTA) — A red-and-black Razorback hog, charging and baring his tusks, has been the defining, representative image of the University of Arkansas for almost a century.

But just how did that come about? And how has the Razorback evolved over the years? Let’s take a closer look.

The first classes were held at UA in January 1872, but the familiar Hog wouldn’t appear until about five decades later. In fact, the school’s first official mascot was the cardinal, chosen to complement Arkansas’ official colors.

But in 1909, legend has it that head football coach Hugo Bezdek returned from a victory over LSU during an undefeated season and told a group of gathered students that the team had performed “like a wild band of Razorback hogs.” The following year, the student body voted to officially change the mascot and the rest, as they say, is history.

The familiar red-and-black running Razorback that we recognize today debuted in 1931, and he has undergone half a dozen stylistic updates over the years, in addition to a handful of unofficial renderings. One of those was an all-black Hog logo that the baseball team used on uniforms in 1916, according to Jeri L. Thorpe, the University of Arkansas Director of Trademark and Licensing. 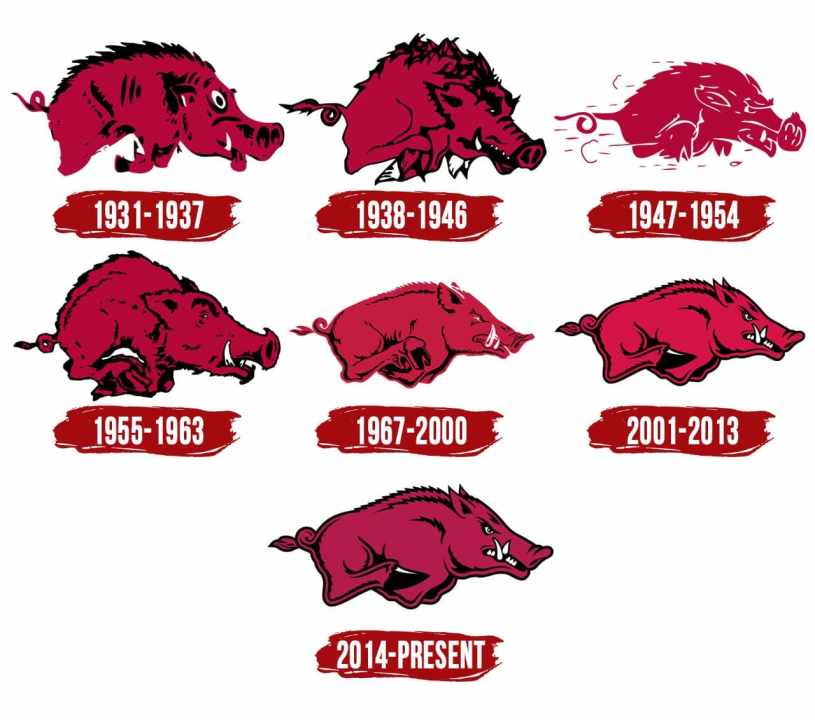 She added that the track program used a “wingtip A” logo in 1929, but it was probably not considered an official logo.

“I do not imagine there was much in the way of branding or guidelines for logo use during that time,” she added. 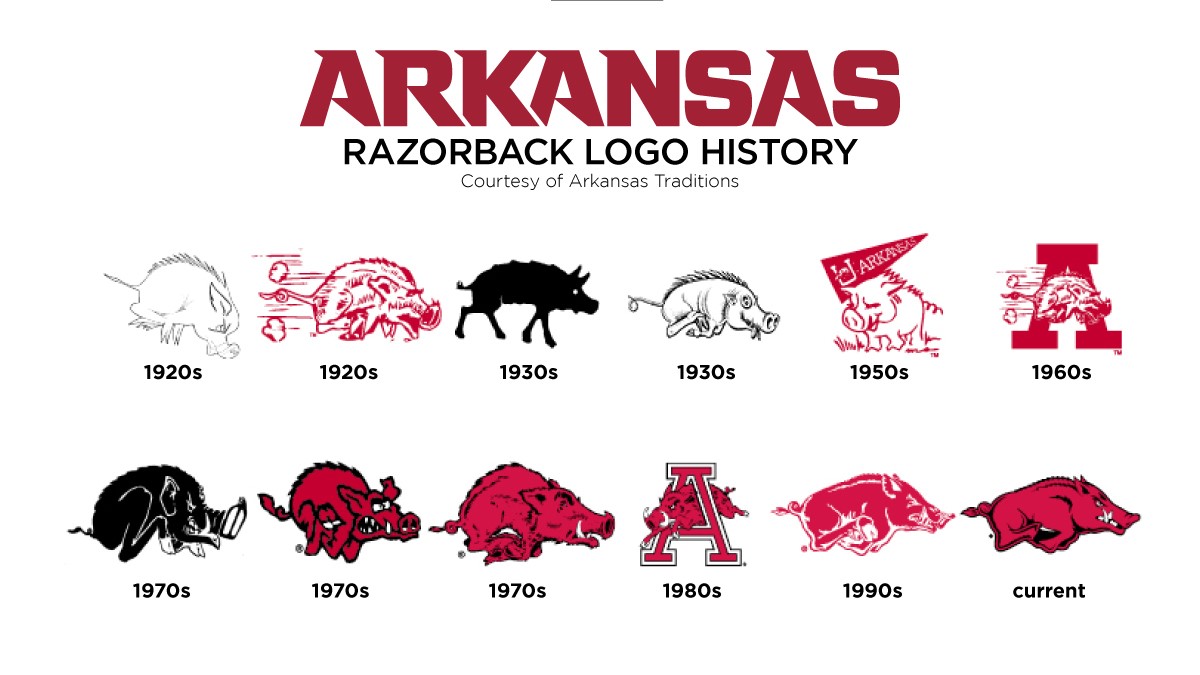 The debut rendition of the Hog served as the primary logo from 1931-1937. He received some tweaks to make him look a little more ferocious in 1938, then became more aerodynamic in 1947, with white accents replacing black ones.

He evolved again in 1955, then took the form of a Razorback very similar to the one we still see today in 1967. Some small details were changed in 2001, including sharp, defining black highlights on his back.