LITTLE ROCK — The Arkansas Razorbacks on Saturday hosted three 2024 unofficial visitors who are each ranked in the national Top 35 prospect rankings, and each was blown away by the experience.

It started with the trio of recruits taking part in photo shoots with Head Hog Eric Musselman and various other members of the men’s basketball staff, followed by attending Hoop Hogs practice, and it culminated with attending the 10th-ranked Football Hogs’ wild 38-27 comeback win over Missouri State in Reynolds Razorbacks Stadium on Saturday night.

“It was great!” Thomas told Hogville.net. “Loved reconnecting with the coaches and players, got a chance to take pictures and most important watch a practice. The atmosphere and love is crazy! I love it!”

A day prior, Thomas talked about returning to Fayetteville for his second unofficial visit (his first UOV to Arkansas was for the Texas game in September 2021).

“I’m looking forward to meeting up with the coaches again, getting to tour campus and enjoy the game!” he said. “Really excited to get back up on the Hill.”

Thomas took part in the prestigious NBPA Top 100 Camp during the summer in between sessions playing on the Nike E16 circuit. 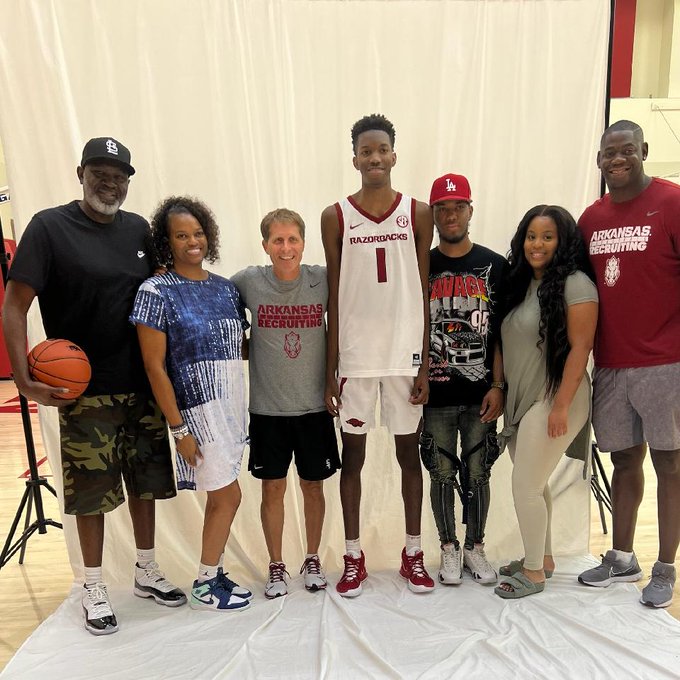 Also making his second UOV to Arkansas on Saturday was 2024 Arkansas offer and ESPN national No. 8 / 5-star prospect David Castillo (6-1 point guard, Bartlesville, Okla.), who like Thomas last visited Arkansas for the Texas game in September 2021.

It was no coincidence that Castillo and Thomas returned at the same time for their second visits.

“Me and Dallas are good friends,” said Castillo, who picked up his Hog offer inside RRS last year during the Football Hogs’ 40-21 win over the ranked Longhorns.

Following his most-recent UOV on Saturday, Castillo was once again pleased with his experience at Arkansas.

“It was amazing,” he told Hogville. “Really good, really fun.”

Not only did he star for 17U Team Griffin on the Nike EYBL circuit in the spring and summer, but Castillo in July also notched his second consecutive gold medal playing for USA Basketball’s junior national team that won the U17 World Cup in Malaga, Spain.

Arkansas assistant coach Anthony Ruta traveled to Spain to see Castillo in action in that event, and Hog coaches were consistently out to see him compete on the Nike EYBL circuit throughout the spring and summer. 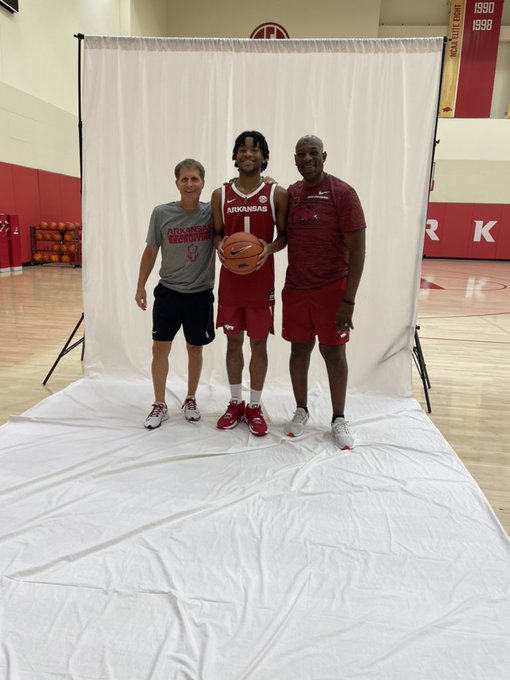 “It was good!” Shelley told Hogville. “Love the campus and (the Hogs coaching) staff.”

Shelley liked what he saw during the Hoop Hogs’ practice.

“Very intense,” he said. “Paid a lot of attention to details.”

Shelley was first contacted by Arkansas on June 15, the first day that Division 1 coaches could initiate direct contact with class of 2024 prospects. 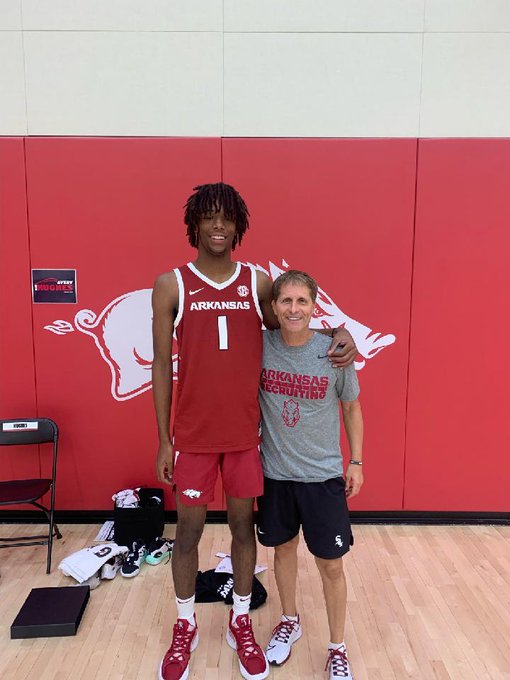